What Do We Know About God of War Ragnarok?

When God of War launched in 2018, it was to an overwhelmingly positive reception. The altogether quite legendary franchise received another top title, and awards were handed to the game from all angles. In 2022, fans of the franchise are set to receive another Kratos-backed outing in the form of God of War Ragnarok. There are plenty of questions circulating around this topic, with many fans wondering if this will spell the end of the God of War franchise.

In Norse Mythology, ‘Ragnarok’ spells the end of all things; the annihilation of the ‘Nine Realms’. These realms make up the planes of reality, with Midgard – the most explorable area in God of War – being the central point of it all. This is where humans (and all mortal things) live, and through Midgard, all other realms can be reached.

So, what do we know about the upcoming game God of War Ragnarok, and what can we look forward to?

The End Times Are Upon Us

Developers have stated that God of War Ragnarok will bring a close to the ‘Norse saga’. While the first game was a significant success, and the second is poised to deliver similar values, the development windows are just too long. Reportedly, a third title in the saga would see the total development window for a three-game arc equalling around fifteen years.

Kratos’ story has taken him across various mythologies and cultures. There is plenty left for the character to explore, even if he has existed for almost twenty years. Although it spells the end of a short-lived sub-franchise, God of War Ragnarok is set to be another absolute winner for both fans and critics alike.

In God of War Ragnarok, Kratos and his son, Atreus, will be doing battle against the old Norse gods. Primarily, we already know that these bouts will feature the likes of Thor, Freya, and Odin Allfather himself. If you’re more well-versed in Norse Mythology than pop culture, you may think that there’s no way that Kratos could possibly come out of Ragnarok alive.

That’s where you’d be wrong.

Kratos has laid waste to many ancient gods, including the sons of Thor, Baldur, Zeus, Hercules, Hades, and Ares. He’s almost certainly going to make it through God of War Ragnarok, which means we’ll see another outing in the near future.

For now, the almighty protagonist will take to the stage in Ragnarok, which will launch on PS5 and PS4 at some point in 2022. As always, players will be treated to action-packed, visceral, and cinematic combat in a world that gets progressively tougher. This is a direct follow-on from 2018’s God of War, and it’s seriously recommended that you should play that title before picking up God of War Ragnarok.

Ultimately, Ragnarok – at first glance – looks as though it’ll be a hugely intense and emotional adventure. It’s being delivered with a cutting-edge engine and gob-smacking graphics, making it a must-buy for any PlayStation owner. 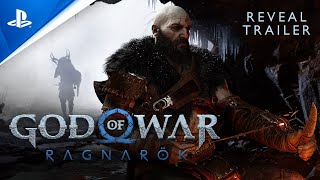