Battlefield 2042 Review: Is It A Winning Formula?

On the 12th of November, millions of gamers gained early access to the new EA DICE epic, Battlefield 2042. Although the game was slated for a full launch on the 19th of November, many long-time fans of the franchise just couldn’t wait. However, has the early dive into the near-futuristic FPS adventure led to success or sheer anger? Find out the answer to that all-important question in this snapshot Battlefield 2042 review.

It’s worth pointing out that the last full Battlefield release was more than three years ago. Typically, EA DICE doesn’t follow the Call-of-Duty-esque ‘one-a-year’ model and instead opts to pour a little more development into its titles. With the launch of Battlefield 2042, fans have been honestly wondering where those three years have gone, as ultimately, Battlefield 2042 isn’t winning over the mass audience any time soon.

Let’s find out why.

Take one part multiplayer, one part fresh mode, another part ‘rehash’, and remove one part campaign, and you have Battlefield 2042. Firstly, and the most important part of any Battlefield 2042 review, there’s the standard multiplayer. This year, we’ve been granted access to just ‘All-Out-War’, aka CONQUEST, and Breakthrough. These are tried and tested gamemodes, and honestly, they work well, for the most part.

It’s worth mentioning that while there is a dynamic multiplayer in place, there’s almost no call for esports, or ‘competitive gaming‘, in Battlefield 2042.

Next, we’ve got Hazard Zone, a brand new add-in that’s turning heads, just not quite quickly enough. It’s almost a battle royale if someone were trying to make a battle royale that wasn’t called a battle royale. In Hazard Zone, multiple teams fly into the same map with the sole objective of securing ‘data drops’, then extracting successfully, while fighting off the other teams. It’s refreshing, but it’s slow to catch on.

Finally, there’s the ‘rehash’; three old Battlefield games brought into the Battlefield 2042 engine and injected with fresh life. We’ve got all the fan favourites – Battlefield 1942, Battlefield 3, and Battlefield: Bad Company 2. However, at the moment, these modes (known as ‘Portal’) only offer two maps each and a smattering of content. Plenty of room for expansion? We hope so.

There’s no campaign, but we knew that as we approached the game. It’s a huge disappointment, particularly as old characters return, but that’s just the way it is. Sadly, Battlefield’s campaigns of late have been remarkable, and the lack of a campaign in 2042 is a staggering, gaping hole. It’s the thing we’ll condemn most in this Battlefield 2042 review, as honestly, there are millions of single player aficionados still out there.

No Launch Is Ever Smooth

These days, it seems a videogame cannot launch without its fair share of problems. Where online gaming is concerned, issues shall always arise – it’s almost a rule. However, Battlefield 2042 has launched with imbalances, an understocked arsenal, some very overpowered equipment, and a lot of visual bugs. There’s a fair helping of performance issues, with many players being totally unable to gain access to the game itself.

However, it’s worth pointing out that millions of players are successfully playing a very entertaining title. Personally, I’ve been playing Battlefield 2042 since the moment it launched, and I’m having a blast. I’ve been a Battlefield fan since 2009, and it does offer a refreshing, exciting, and dynamic approach to the FPS genre. There’s a wide variety of ‘Specialists’ to enjoy, the weapons are modular, the vehicular combat is fantastic, and the game itself looks stunning. 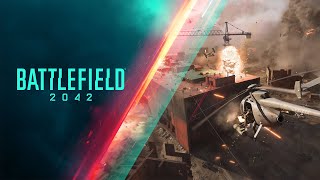 While there might not be as many maps as you might like, the ones that are offered seem balanced and well designed. Obviously, there’s a roadmap in place, and we’ll see much more content come to the game as time goes on.

For now, it needs some huge fixes, but in time, it’ll be absolutely flawless, I imagine. I hope you enjoyed this Battlefield 2042 review, and that I’ve swayed your mind in one direction or the other.